CTV, OTT, and streaming video have become increasingly popular over the past three to five years due to the rise in streaming digital content. These advertising mediums (primarily referred to as CTV below) have businesses of all sizes taking notice and considering them as part of their marketing tool bag – and for good reason.

what is it?
This advertising medium goes by a few names and acronyms, that essentially boil down to the same tool. Whether you call it Connected TV (CTV), Over-The-Top media (OTT) or streaming video, it’s a combination of traditional and digital media all rolled into one.

CTV is like traditional media, in that it’s similar to running a :15 or :30 TV commercial. People see ads while they’re watching video programming. The biggest difference is that people will see these spots while watching streaming video whether this is on their TV, tablet, or phone.

CTV is like other digital ads because they have a ton of targeting opportunities, such as a narrow and specific geographic region, viewer’s interests, and things your viewer is in-market to buy. With streaming video you can expect clear performance metrics such as impressions and when available — clicks — though these look a little different than typical display metrics. CTV will provide impressions and video completions, so you’ll understand how many times your ad played all the way through to completion or where the viewer dropped off. It will also report clicks, however, it’s good to keep in mind that for CTV you shouldn’t expect a high click-thru-rate. Most viewers aren’t clicking on a commercial while they’re watching your ad on their Smart TV–but they will see it.

why is it important?
Traditional media can be powerful in front of the right audience. However, there’s a growing number of people “cutting the cord” who no longer carry a cable subscription. Instead, they consume their video content online through a combination of free and paid subscriptions such as YouTube, Hulu, Netflix, Prime Video, etc. Only around 65% of households subscribed to cable or satellite in 2018, and that number has continued to decline since. While as many as 74% of households subscribe to at least one streaming service, and the average household subscribes to three or more.1

pricing
Admittedly, when comparing cost per thousand (or CPM) to traditional media, CTV can seem pricey. For example, in 2020 for an average traditional TV spot you could expect a CPM of $36.192 as compared to CTV which can run as high as a CPM of $653 (although we’ve certainly negotiated rates quite a bit lower!). The factor that accounts for this cost is that you’re getting the most dialed in audience targeting available. Unlike traditional TV commercials, you’re not paying for a viewership that doesn’t look like your target audience in order to hit a percentage of people within the region that do.

how it can fit into your strategy
CTV, streaming video, and OTT are great “top of the sales funnel” tools for building brand awareness with the audience you’re going after. In combination with strategies geared toward helping your consumer take action, CTV can add great value to your overall marketing plan. 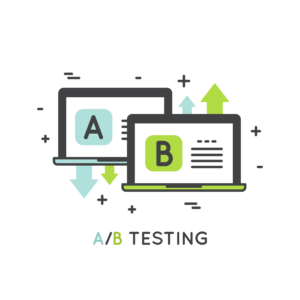 If you’re not testing, you’re missing out

Should your brand hop on the TikTok bandwagon?